There is a Monster in the Liberal Blogosphere 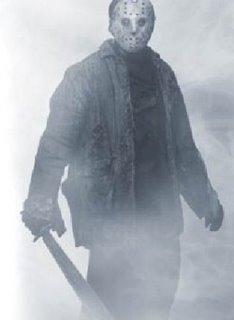 To understand Jason Cherniak's central role in the ongoing Liberal Purity Wars, its necessary to go back to Friday, August 18th, when Progressive Blogger/Liberal Blogger Nav Purewal, in a post entitled "The Passion of the Nav", wrote plaintively:

I've been kicked out of Liberal Bloggers on grounds of anti-Semitism. You can find the offending post here. Isn't that kind of like calling someone a racist for laughing at a Dave Chappelle joke?

And guess whose the gatekeeper at Liberal Blogs? Jason Cherniak! Who writes back to Nav a bit later the same day:

I apologize for the error. Frankly, I was in a rush and did not have time to do proper research. I figured that my primary concern had to be to avoid accusations of Liblogs anti-Semitism. I will put you back on the list.

So, Jason did not even bother to properly read the post that triggered Nav's ban! Reminds you of an Evangelical Christian, denouncing a movie they haven't seen, doesn't it?

And there's more. What exactly was the content of the post that got Lord Jason so steamed that he would start waving his smiting stick? Well, its about an Israeli sponsored contest of Anti-Semitic cartoons, judged, if I recall correctly, by Art Spiegalman of Maus fame!

So, in reality, the first engagement in the Purity War's took place last week, with nobody hearing much about it because Jason bunged up the initial assault.

Apparently, Cherniak has been building up to this purge for awhile now!

And the question arises, if Jason had even bothered to properly read the blogger he banned, what kind of litmus test would he have applied to determine whether or not Nav's posts contained Anti-Semitic content? Well, its speculation on my part, because Jason doesn't have his "rules" posted anywhere, but if you read Cherniak's recent material, the natural answer seems to be that Jason is Jewish, and a Liberal, and goddamn it Jewish Liberals know what the limits of free-thought ought to be in the Liberal Blogosphere.

But wait, if that's true, what happens if you find a Jewish Liberal who disagrees with Cherniak's assessment on this or that matter? Well, as McLelland notes at My Blagh, Jason seems to have this part figured out: there are two types of Jews, and its only "normal" Jews whose opinion matters.

Apparently, Jason knows how to tell them apart.

Ladies and gentlemen, there's a monster loose in the Liberal Blogosphere, and its name is Cherniak.

And frankly, I am sick of him.

Jason, here's the deal. The War ends now. In fact I think you owe poor Thomas Hubert a phone-call and an apology, because whatever he said or did not say, you are supposed to represent a new generation of leadership within the Liberal Party, and in this role you failed pretty dismally. It was incumbent upon you to do what you could to quell this controversy quietly; instead you chose to denounce a fellow Liberal on a blog.

Now, as for me, I will be doing two things.

Firstly, I will be e-mailing Mr. Dion's campaign, and Iggy's campaign (you listening, TDS?) and asking whether they are in favor of their followers purging the Liberal blogosphere wherever a blogger's loyalty to the state of Israel is in question. It will be interesting, and clarifying, to know whether either of them supports your witchhunt. In fact, I wonder if Mr. Dion knows how much damage Cherniak has caused the party and whether, if he did know, he would wish to have Jason associated with his campaign?

In any case, I suspect once the adults come onto the playing field, you children (you and TDS) will play nice.

Secondly, I will be attempting to join the Liberal Bloggers List. I would like to know if Mr. Cherniak accepts me, or his reasons if he does not.

Posted by bigcitylib at 5:30 AM

Ted Betts said...
This comment has been removed by a blog administrator.
9:46 AM

For me, the central fact is that the Middle East is huge foreign policy issue for Canadians. Any government we have should address foreign policy in a way that represents us as Canadians and not as members of any particular party. We have to be able to discuss the ME candidly and openly and not have to feel we're going to subject to intimidation or outing campaigns from blog bullies who've got a proven track record of devious, unethical behaviour. I'm thinking Kinsella here, not Cherniak.

Go BCL. Fight this. You have any supporters both in and outside the Liberal party.

I once mused with "crossing the floor" if Bob Rae became leader. I would never do that now.

Not sure what going on a Liblogs. I requested to be added and nothing has happened. Yet someone gets dropped and added same day. Possibly due to me freaking out on a blog when Cherniak said that same sex marriage is a new concept and that anti semitic MP's should be removed yet anti-SSM marriage MP's can stay for now since SSM is a new concept.

Think their needs to be another liberal blog roll thats administerd by someone neutral, maybe a humanist.

You're gutless, plain and simple.

Your views you are entitled to. But until you have the courage to identify where they are coming from, it shows that you are not confident enough in them to stand by them.

If you think that statements calling Israel:

"the most vile 'nation' in human history."

or referring to the country as one that:

"survives on the blood of innocent people,"

is "no more offensive than anything else that appears on Cherniak on any given day of the week," then your impaired judgement becomes self evident.

Again, I challenge you to identify yourself. Although, anonymity is the Linus saftey blanket of someone who obviously has a weak character.

What's also gutless, TDS, is having a commentless blog.

The Nav story is pretty simple. Sombody sent me a link to his post that consisted of:

The Israeli Anti-Semitic Cartoons
Here are my favourites. Brilliant satire.

I followed the link and viewed disgustingly anti-Semitic cartoons. I think it was reasonable to jump to the conclusion that the blogger was spreading hate. After Nav contacted me, I read a few posts below and realized that I had misunderstood. The fact of the matter, though, is that Nav's historical posts did not show up on Liblogs - only the unexplained link to anti-Semitic cartoons.

While I am sorry that I got it wrong, I don't think you can suggest that this was some monstorous act. Indeed, I put Nav back on the blogroll as soon as he pointed out my error.

Unlike you, I actually listen to the arguments of others and reconsider my own position.

Maybe, Jason, but with you, as with Mr. Hubert, its more than just one thing, isn't it? You were primed to clamp down on anti-semitic material,as this incident shows, and then there's your definition of who is a "normal jew". Its not just a lone entry in a blog.

It looks like they're in favour of it, Michael.

Thanks for checking with them, however, so you can see (if your mind and heart are open enough to see) just how out of touch with the mainstream (of the Liberal Party) you are.

I have to disagree. I think Thomas Hubert should have been given the boot, as he was.
At Cherniak on Politics Thomas Hubert says:
The Liberal Party is stronger without these violent Zionists in our party. I am glad for them to cease influencing our foreign policy so we are free to promote Canadian values of peace. It amazes me that this community is so absurdly selfish. The only issue that matters to them is the defence of a "state" that survives on the blood of innocent people. Shameful.
At Fuddle Duddle he says:
One man's terrorist is another man's freedom fighter. At one point, George Washington was considered a terrorist by the powers that be. History will remember Hezbollah as an organization that stood up to the most vile "nation" in human history.
Had I been in charge, I would have banned him for this also. Racially charged comments like this are not acceptable.