Warren Kinsella has a fetish for denunciations that would make Joe Stalin proud. After spending the summer trying to bring down The God's on McLelland at MyBlagh (with no apparent effect), he's turned his attention to this poor sucker who, during a discussion at Cherniak's place concerning Canadian Jews and the Liberal Party, wrote:

The Liberal Party is stronger without these violent Zionists in our party. I am glad for them to cease influencing our foreign policy so we are free to promote Canadian values of peace. It amazes me that this community is so absurdly selfish. The only issue that matters to them is the defense of a "state" that survives on the blood of innocent people. Shameful.

Over-heated language, true, but I am afraid the writer has a point. Too many in the Canadian Jewish Community are willing to ignore Israel's wildly disproportionate response to Hezbollah's provocations, and are even willing to demand from non-Jewish Canadians (especially non-Jewish Liberals) that we look the other way when Israel commits war-crimes, kills Canadian civilians, or even kills Canadian soldiers. Frankly, it is selfish to expect us to put aside reason and judgment and get behind a war back in their Homeland. Furthermore, given the way this war has turned out, I think it is perfectly reasonable to ask who the REAL friends of Israel are: those of us who advised caution and proportionality, and nuts like Kinsella who shrieked out "Bombs Away!" even as the wheels came off?

Unfortunately, because of the gentleman's position within the Liberal Party, Kinsella and Co. have been able to screw a fairly abject apology out of him. However, as far as i'm concerned it is Kinsella who needs to ask forgiveness. He should be explaining why blind support for Israel in the Summer War was such a great idea. Instead, he runs around like some Commisar from the Soviet Republic of Buttslavia.

In any case, this denunciation thing seems like alot of fun. I think I'll give it a try! 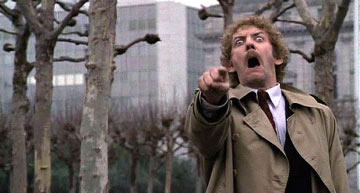 One can only hope that brilliant minds, deep thinkers and strategic analysts such as yourself rise to positions of power in the Liberal Party of Canada so you can make policy and lead the Party forward to a glorious future.

Just a brilliant analysis. Shows off your stunning insight, analytical abilities and knowledge of international affairs.

Love the pic. Most amusing.

you are welcome . its always nice to see Liberal bigots and anti-semites being outed by Liberal apologists and political mororns.

Keep up the good work, the rest of the country loves to watch one Liberal bitch slapping another.

"While Mr Hubert is entitled to hold whatever private views he wants, the Liberal Party of Canada must ensure that its officials articulate positions that are consistent with long-standing party policy. In this case, Mr. Hubert displays a shocking vulgarity and intolerance for a sister democracy and is clearly unfit to represent the Liberal Party in any official capacity," said Gold.

Moshe Ronen, CIC Co-Chair, reacted strongly to Hubert's comments that appear on a Liberal internet site. "Comments that characterize Israel as 'the most vile nation in human history' and resurrect the odious references to blood libels by describing Israel as 'a state that survives on the blood of innocent people' are simply reprehensible. The Liberal Party must repudiate both the statement and its author immediately. This is especially the case for Liberal leadership candidate, Gerard Kennedy, on whose campaign Mr. Hubert has been working since joining the Liberal Party some months ago.
-30-

Don't expect goobers like BCL to be impressed by the CIC. They are just "selfish Jews", afterall.

Frankly, it is selfish to expect usto put aside reason and judgment and get behind a war back in their Homeland

BCL, it must take great restraint on your part not to just write "dirty" instead of "selfish". You so obviously want to.

Good to see you, Rat. You post here so seldom.

Funny funny stuff. I don't know what to make of all this, except that I am more convinced every day the internet is bringing out the worst in us.

The issue, I think (hope) is freedom of speech. Another one is who-the-hell-gets-to-arbitrate etc etc.

It's disturbing. Not the kid making his comment about Israel. Who gives a shit, right? Everybody has something to say about Israel, or Muslims. Big deal.

What is disturbing is the idea someone is out there watching. Big brother, in the guise of cyber hackery, spin doctory and all of that. Carry on.

The forum will host scientists, doctors, engineers and academics in order to compare notes and
phentermine cheap discount
Acne At Huge Discount! Free Shipping On Acne

FREEDOM HEPPINESS HEALTH ....BUY LOW-COST VIAGRA , CHEAP CIALIS LEVITRA ONLINE
Sildenafil citrate, sold under the name Viagra is the first of a new group of medication which allows adequate sexual stimulation, relaxes the blood vessels of the penis and helps erection..More info
AND FREE OF CHARGE TO YOUR HOME DELIVERY


Explore your fantasies with our Adult FriendFinder members


Sexy lesbians licking pussy: You must be at least