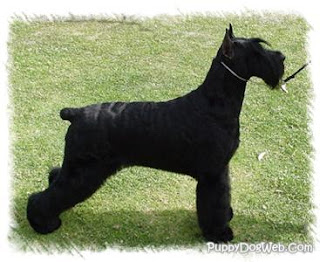 In the first major scandal to hit freshly minted Liberal leader Stephane Dion, it was revealed yesterday that he is not the first Liberal to name his dog "Kyoto"! From CBC:

David Anderson, who held the environment post before Dion, also has a dog named Kyoto.

"She's suing for identity theft," Anderson quipped in an interview Thursday.
[...]
[Anderson] named one of his two schnauzers Kyoto back in 2002, one week after the Canadian government ratified the pact.

The question arises: where is Kyoto The First now? Has she gone into hiding at the request of Stephane Dion? Was her co-operation bought with a post in Dion's shadow cabinet? Or has she been given a role in crafting the new Liberal Red Book? Certainly, she's not talking to the press.

And in fact, despite Mr. Anderson's assurances, there is no evidence to suggest that our poor Schnauzer is still among the living. Did the party have her "disappeared" to protect their new leader's green reputation? Did she wind up on the menu on one of the many fine Chinese restaurants in Mr. Anderson's riding, served up to unsuspecting tourists as the "chow mein surprise"?

As Drudge would say, this one is "unfolding".

Meanwhile, eager to polish his own green credentials, Stephen Harper has agreed to attend a meeting. The Libs blasted him for this decision, pointing out that when Stephane Dion was Minister of The Environment, he not only attended meetings, he hosted a meeting, which made him responsible for drinks and little sandwiches.

A chastened Harper then pledged to contribute a cheese-plate and shrimp puffs.

Posted by bigcitylib at 6:00 AM

The next scandal to hit:
The Japanese want to know why their grand city names are being used to identify dogs in Canada...