In Vaughan, Its That 70s Show 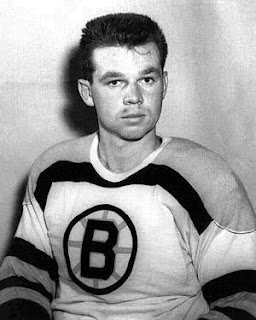 I know who I'd vote for today (Dryden's guy--Genco), but back then I hated Dryden's guts, just as I hated the guts of everyone on the Montreal Canadians teams from the 1970s. Chicago should have won that game 7, goddamnit! And it was Dryden was the only reason that they didn't. 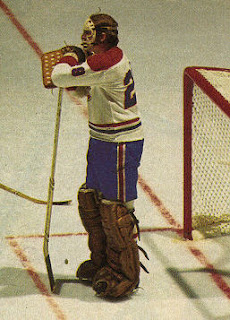 I cried on the bus to school next morning. I'm not ashamed to say it.

PS. D'you know how hard it is to find a picture of Don Cherry actually playing hockey? Back in the day, nobody had ever heard of him. Lot's of pictures from later on though, of him wearing pink ties. Which is OK. Some men look good in pink. I'm just saying.

Posted by bigcitylib at 3:17 PM

So you were cheering lustily for the Hawks just like Mayor Daley was in the stands?

I cried when the Habs lost Game 6 in 1967. It ruined Expo '67 for awhile. It seemed so unnatural. The next day CJAD said: "Toronto may have the Stanley Cup but we have Expo '67." But we wanted both.

I was rooting for Leafs and Habs.

Salming, Lafleur, did not cheer for American hockey teams.

That's very funny Gene! Bonus: You can buy the T-shirt.

I grew up in Montreal in the sixties/seventies. Rooted for the Wings, who were just beginning their two decade descent into the basement. My God, the hatred I had for the Habs after being razzed mercilously at school so many times.

But we all grow up eventually. Although a Sens fan, I'm actually quite fond of the Canadiens now, and often celebrate their victories. Experience and maturity have made me understand that the team worthy of my visceral contempt is the Leafs.